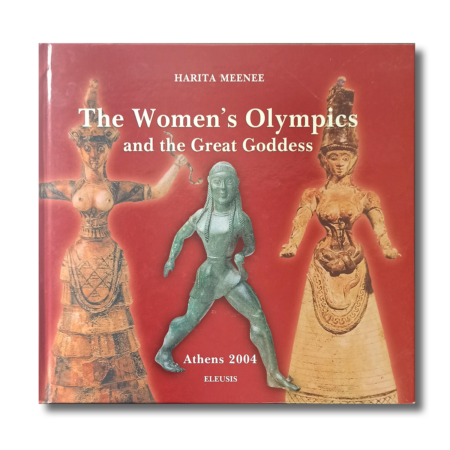 The Women’s Olympics and the Great Goddess 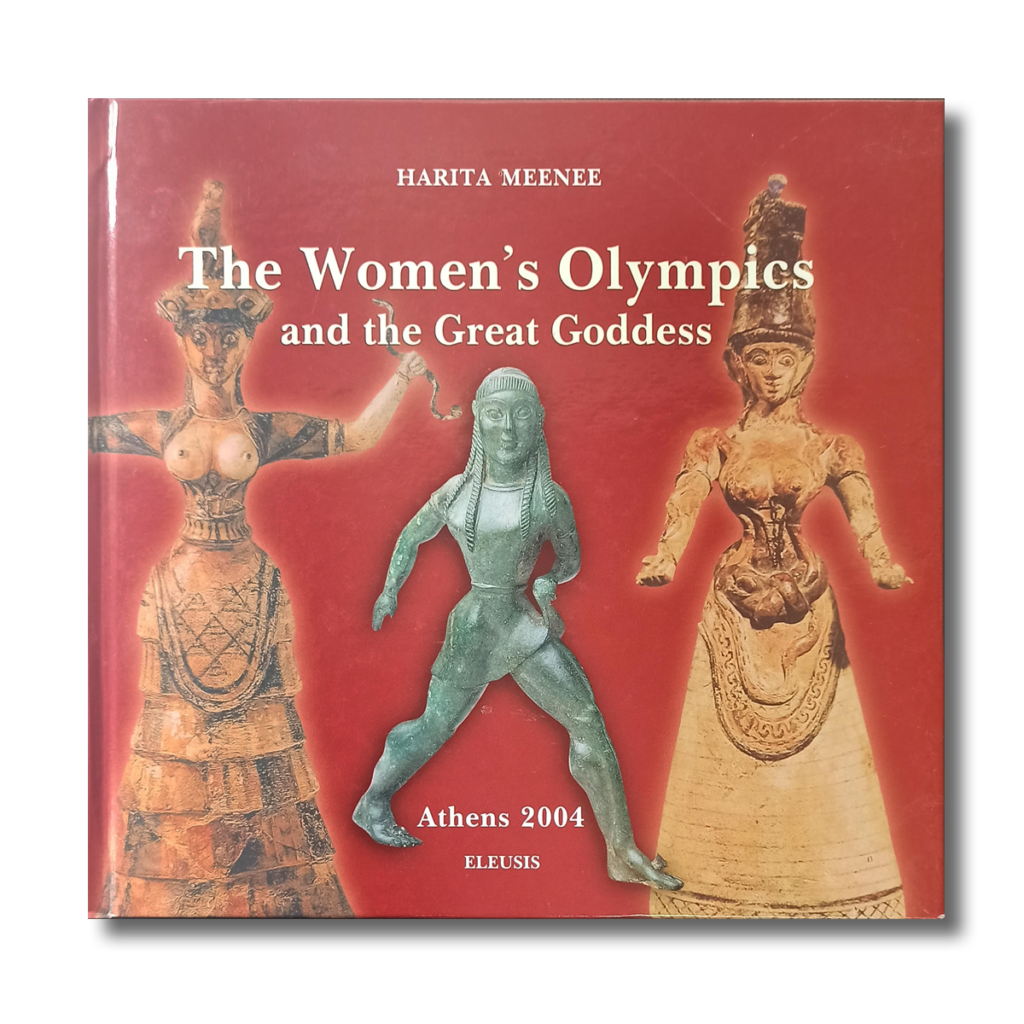 Olympia: a place of women from age-old times, where the Great Mother Gaia predominated. She changed forms and names to become Demeter Chamyne, Eileithyia, Rhea, Hera. According to Pausanias, the traveller, the Heraea or female Olympics were held in honour of this latter version of the Goddess. It is quite likely that their purpose, in combination with the male games, was to select the young man and woman who would incarnate Zeus and Hera in the ritual of Sacred Marriage.
Harita Meenee, a graduate of classical literature and language specializing in women’s studies, sheds abundant light on these unknown aspects of the Greek tradition. She has based her research on the ancient texts and on archaeological finds, as well as on the rich material provided by mythology, religion, symbols and language. Moreover, she utilizes the power of fiction in order to initiate us into the spirit of Olympia, by starting with a fascinating love story.
One of the most interesting discoveries in the book is the female presence in the male Olympics, which remains buried by official history. The author pulls out of oblivion the women who were crowned as Olympic winners in chariot-races. Furthermore, she spotlights the long duration and the breadth of female sports, from “Minoan” Crete to Sparta, Delphi etc. Combining the magic of images and writing, the book dynamically overturns established preconceptions. A piece of work necessary to all who want to see, under a radically different light, the ancient games and the role of women in pre-Christian Greece.